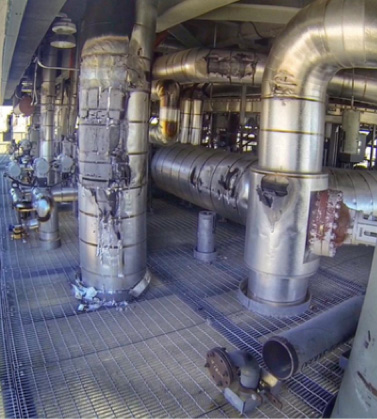 NIPTON, CA – A fire at the Ivanpah Solar Electric Generating System broke out after a mirror misalignment caused sunlight to burn through electrical wiring. The fire began around 9:30am, according to a Facebook post from the San Bernardino County Fire Department. Fire officials said that flames could be seen near the ninth floor of the Unit 3 tower, but they had apparently died out by the time firefighters arrived. The general manager of the facility, located in the Mojave Desert near the California/Nevada border and the largest solar plant in the world, said a plant worker used a fire extinguisher to put out the fire before fire officials arrived. The plant uses enormous mirrors to reflect sunlight to boilers atop three towers and the sun’s energy heats the water to more than 1,000 degrees, creating steam that spins electricity-generating turbines.