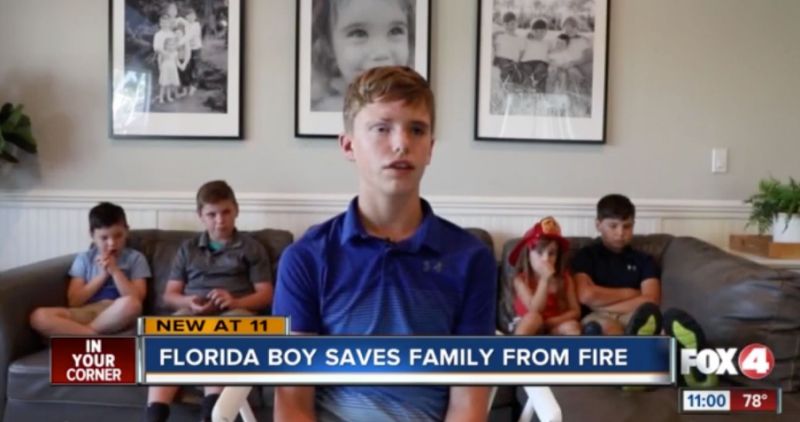 Naples, FL – A family in Southwest Florida is thankful for their son’s quick thinking. Playing on his Xbox late one night, the young boy became alarmed when he was overpowered by the smell of burning plastic. After realizing his brother’s mini fridge had caught on fire, he quickly picked up his sister and led his other siblings to safety. Returning with his nanny, he smothered the flames with a portable fire extinguisher. As a result of his actions, there were no injuries.