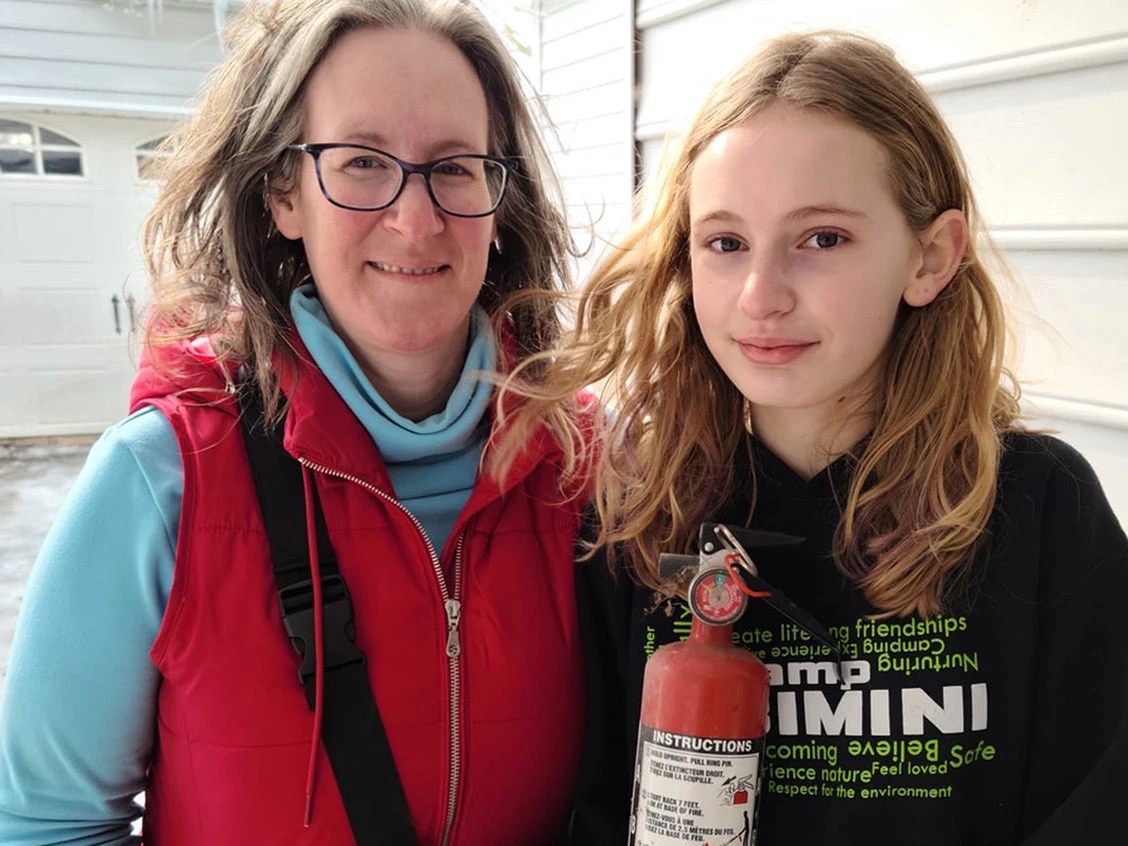 Mitchell, Ontario – A 12-year-old girl is being called a “pretty outstanding young lady” after using a fire extinguisher to put out a fire in her family’s microwave that started while she was cooking. Brooke Workman was home alone making muffins when she heard a bang from the microwave and saw smoke in the kitchen. West Perth Fire Prevention Officer James Marshall said this good news story has many lessons.