ONG Employee Helps Put Out Fire After Crash: ‘God Had Me In The Right Place At The Right Time’ 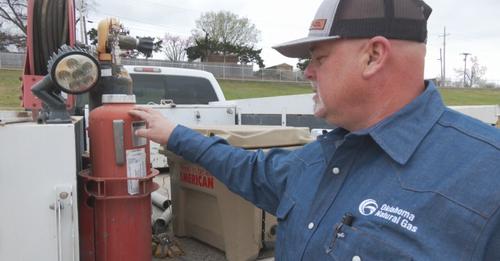 Tulsa, Okla. – An Oklahoma Natural Gas employee used a fire extinguisher from his work vehicle to help save the life of a man who was trapped in a burning vehicle after a bad rollover crash. Shane Richardson, who is also a volunteer firefighter, pulled over to help before any first responders had arrived. While Richardson used a fire extinguisher from his work truck to calm the flames, another Good Samaritan pulled the unconscious man from the car. A woman and another man were also thrown from the vehicle during the wreck; all three survived the crash. Richardson said this was the first time he has needed to use his fire extinguisher in his 27-year career with ONG, except during training.