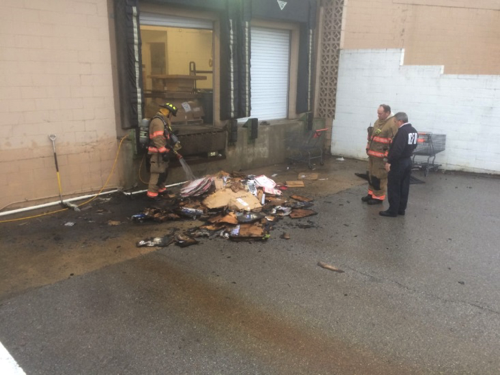 COLUMBUS, IN – Following a fire at an OfficeMax, the store manager told firefighters that it wasn’t until he entered the rear stock area of the store that he found smoke and a fire which had started in the cardboard-compactor machine. He then immediately warned the other store staff and used a portable dry chemical fire extinguisher to douse the flames. The manager was able to contain the fire until firefighters arrived and were able to extinguish the fire that was isolated in the back of the machine. Columbus firefighters determined the fire was caused by an electrical short near the compactor’s motor, which ignited the cardboard below the motor.

The Republic (Columbus, IN)