Extinguisher used to stop a fire at Denver Airport 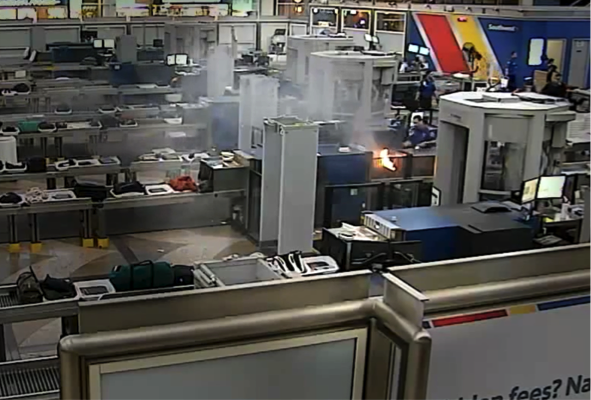 DENVER, CO – A passenger’s vaping device is being blamed for a fire that disrupted operations at Denver International Airport last month. According to a press release from the Denver Fire Department, the dissembled device was inside the passenger’s travel bag when it caught fire as it passed through a TSA X-ray machine. The fire was quickly put out by TSA employees using a nearby portable fire extinguisher. While no one was injured as a result of the fire, the incident prompted officials to temporally halt train service and security screening, causing significant delays throughout the airport.