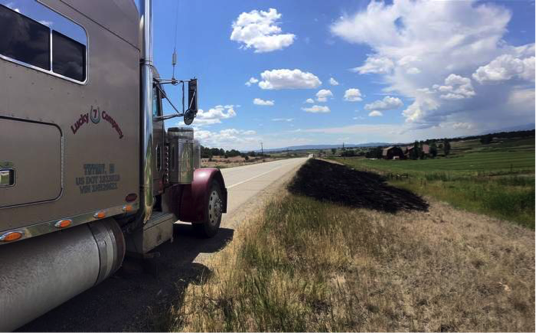 OXFORD, CO – A truck driver travelling along Colorado Highway 172 spotted a roadside fire that was caused by a hot piece of equipment that fell off of a broken down car. The truck driver immediately stopped and used a portable fire extinguisher to reduce the size of the flames until the fire department could arrive. Several other drivers on the road pulled over as well to assist the truck driver. The fire chief said that the fire burned “about half to three-quarters of an acre,” but could’ve been much worse.