Woman saves barn from 80 miles away 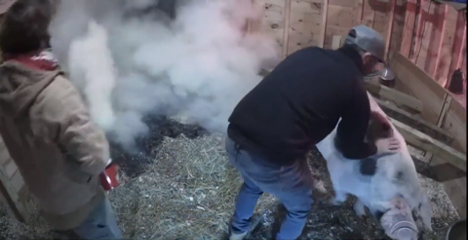 West Sand Lake, NY – On a recent Friday evening, a woman was watching a livestream of a pig enclosure at a farm 80 miles away when the pig knocked a heat lamp into a pile of hay. As the woman watched the rapidly spreading fire, she began calling every phone number she could find for the farm. She was finally able to connect with the farmer and alert him to the fire in the pig enclosure. She then watched on the live stream as two farmers rushed into the enclosure, one who led the pig out while the other used a portable fire extinguisher to put out the flames. No animals or humans suffered injuries as a result of the fire.